Mahila Sabha Mutual Benefit Trust is a federation of Mahila Sabha groups formed by Badlao Foundation since its inception.

This is in tune with achieving the objectives of women’s empowerment in pursuit of Millennium Development Goals, especially Goals 1 and 3.

As conceived since beginning, the village level Mahila Sabha units would continue to be in the vanguard for all grassroots level development initiatives, while the MBT might be considered as the interface between the people’s initiative and Badlao’s own quest for a meaningful intervention in a process mode.

So far, the organisation is taking initiative on behalf of the women, but in future, the MBT would be primarily responsible for undertaking the task. In the initial stages, the foundation will coordinate the activities and extend help to the MBT to intensify the people’s initiative by them.

Badlao Foundation also plans to gradually hand over the extension centres which it has developed over last 25 years to the MBT.

The capacity building programme is one of the major and important mechanisms for enabling and empowerment process of Mahila Sabhas.

It has however been realised that existing project resources are not sufficient to meet the demands and fulfil the needs of financial loan of Mahila Sabhas. The organisation is putting its best efforts to evolve alternative financial resources. At the organisational level, a core team has been formed comprising of nine members. 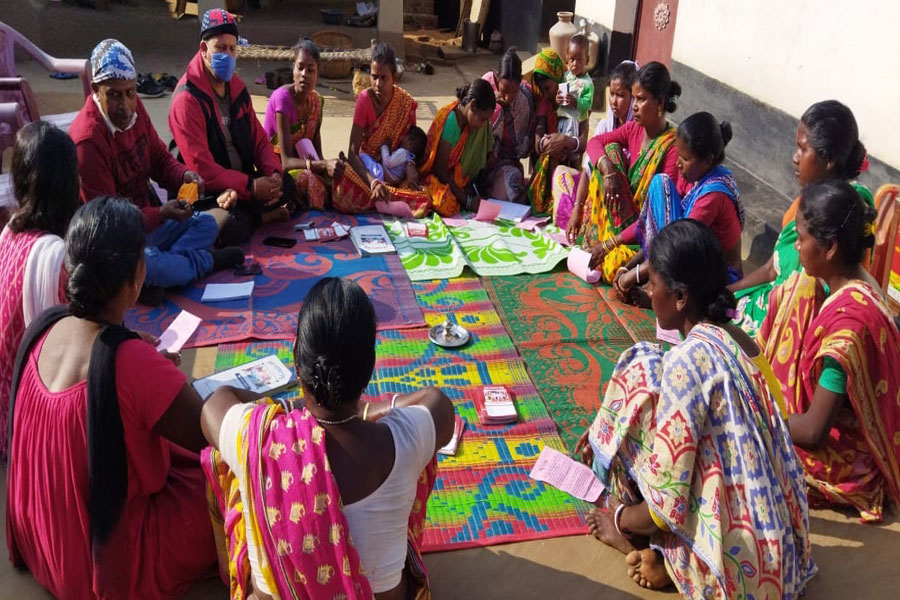